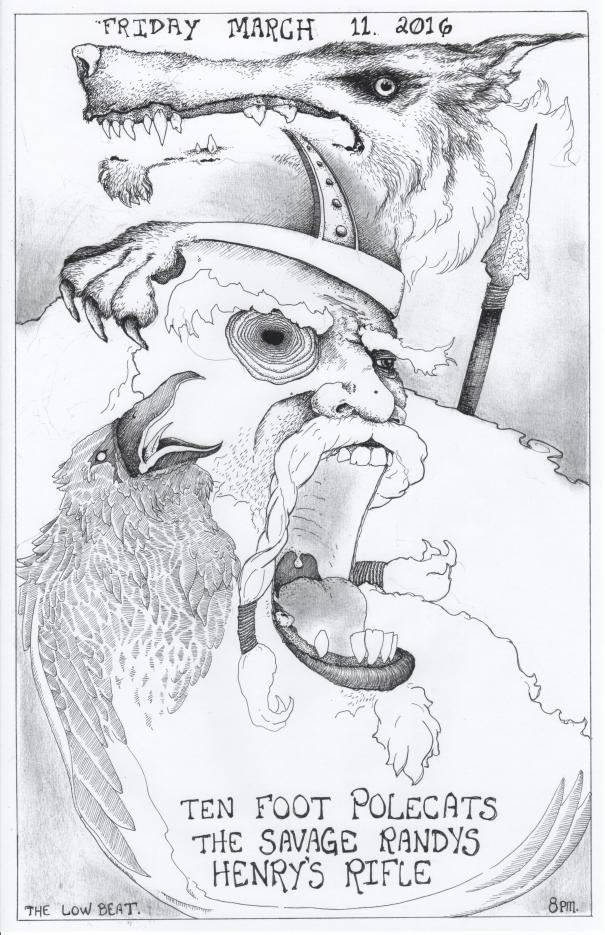 Once again, Built4BBQ brings you two for the price of one on Friday, March 11 at The Low Beat. Surf on into the weekend with a FREE happy hour show featuring the mighty Kimono Dragons and a rare solo set from Party Boat/Rechorduroys mastermind Ben Garrett! All the surf-pop-fuzz-rock you can deal with, plus fine drink specials and good company… the music kicks off at 6! RSVP here.

For a little cash on the barrelhead (5 bucks, to be exact), you can stick around for a rockin’ night of punk rock blues with Henry’s Rifle, local punk rockers The Savage Randys and Boston roots rippers Ten Foot Polecats. That’s a triple bill for the ages… put it all together and you’ve got yourself quite a Friday night. Find the Facebook event here.

Speaking of Henry’s Rifle… recording’s officially underway for the new EP, Arkansas. Along with the patented Pipino blend of  rip-roarers and heartbreakers, there’s some spooky stuff in the works like you’ve never heard from this guy before. Stay tuned, all this and lots more on the way from the BBQ pit in 2016. 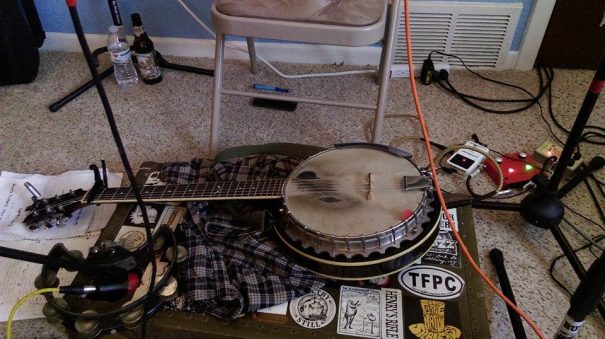